Jake Obetsebi Lamptey Is Gone. Who Is Next?

Death is an inevitable phenomenon we have to deal with in life.

Jake has fulfilled this inescapable part of life, “What a shock”, “Gone too soon?”, “Call to glory”,“O why” or “Celebration of Life” will be enough caption.

Indeed, the demise of the former late NPP Chairman, Jake Obetsebi Lamptey, has brought sadness to many, and several political figures in Ghana have expressed their heartfelt pain. Notable among them is the former president John Agyekum Kuffuor, who remarked “it must be a period of deep and sober reflection for all NPP members.”

Certainly, it’s a time for deep pondering not only for the NPP, but for all Ghanaians.

I must confess that when I heard the news, I sank into my seat and my mind couldn’t help but picture the secretly admired Jake laid in state.

I began to reflect on death and suddenly, Prophet Owusu Bempah, the general overseer of the Glorious Way Chapel and his numerous prophecies came to mind.

As I deliberated on his predictions, these questions came to mind: “Is the death of Jake part of the two great funerals he announced concerning the NPP?  Is it possible that DCOP Angwubutoge Awuni, the Eastern Regional Police commander, is the prominent Policeman he spoke of and J.B Danquah, one of the MP’s he said may die this year? 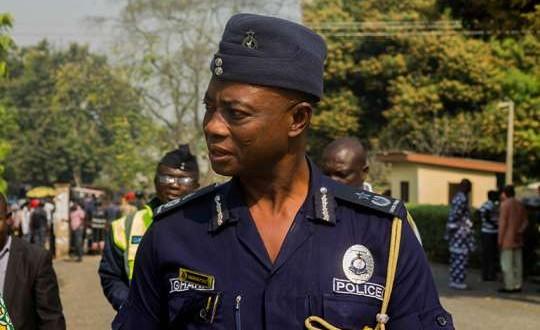 If it’s the case, then who is next?

Well, pay no attention to these questions because I demand no answer.

For whether the predictions are true or not, these giants are gone and we can only celebrate them for their achievements and legacies.

Certainly, others will rise up to play similar roles these heroes played in Ghana, but their exact replacement will never be found. 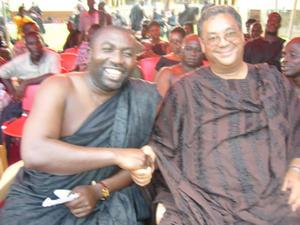 Jake mourned Hon. George Frimpong’s mother at her funeral some few years ago, but little did he know that others will be mourning him.

Once again, while you wail and tear because Jake is gone, ask yourself, who is next to be mourned? Am I trying to scare the life out of you? NO. All I want you to do is to reflect on your life before you sew another funeral cloth.

Now, these questions remain fundamental as we mourn these heroes and even other loved ones who have died recently -‘how well have we lived our lives so far? What have we achieved or left as inheritance or legacies for our children, families and nations at large should we pass on today?’

With death dates hidden from us, let’s make good use of the present. Let’s all strive for the best because the next on the list could be you. Yes YOU.

Whatever you have to do, just do it, and don’t delay any longer.

‘Obrimpon atutu’. Ghana has lost a monument and our history cannot be written without mentioning Jake Obetsebi Lamptey.

Now, before I end this piece, I have a little concern about funeral announcements and social media.

Please, if you don’t know a thing about Jake, just keep mute and don’t go faking comments about him on Facebook.

It’s pathetic how everybody quickly forms an opinion about the dead and publishes it for the world to see when they had no relations with them.

Today when somebody dies, the announcement quickly spreads on social media (most likely not by the immediate relations) when the family hasn’t even had their first meeting to discuss the funeral arrangements.

David Bowie, an English singer and writer, died and the next minute, it was all over the world via a Tweet. Seriously, death announcements have become something else. It’s rather unfortunate that the dead cannot speak for itself. I am sure it would have stopped the fake fabricated comments flaunted about on social media.

And hey, accord the dead some respect and don’t leak photos of their corpse like what was done to the late Comedian, Bob Okala. Please do them the honours, unless they stated exclusively in their will that they do not mind…lol.

In this period of mourning our father, friend, mentor and politician Jake, let’s have a rather sober attitude and reflect on our lives.